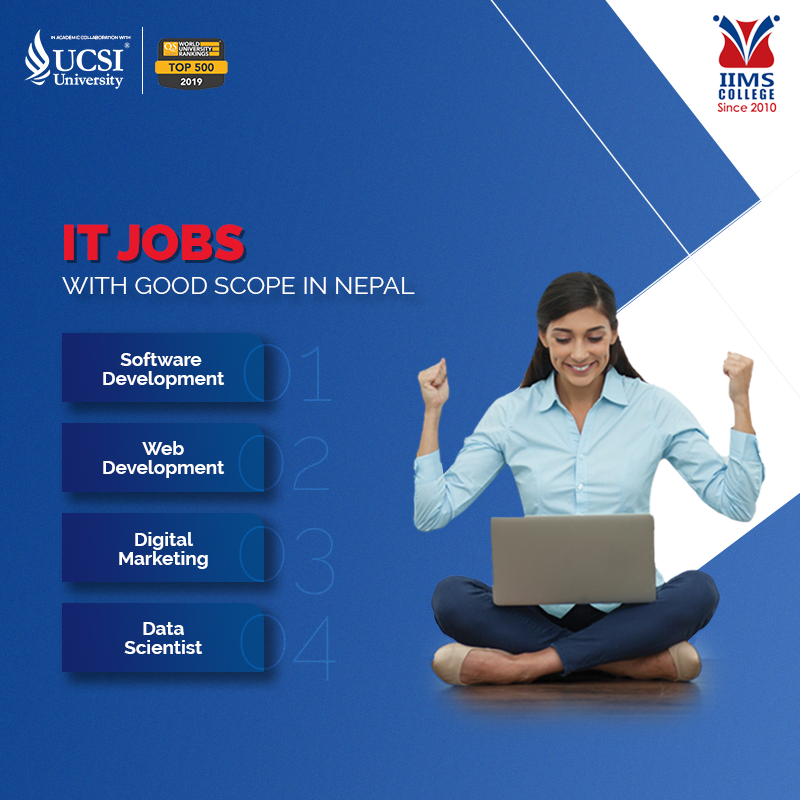 We wake up, scroll through all forms of social media even before our tea. Our day is then run through various technology-backed devices and software.  Even as we sleep, most of us barely make it without a little help from the internet. We live in a vicious cycle of sleep- technology – repeat.

The 21st century is undoubtedly a technology-dominated century. Everything happens with a click. The way we look, the way we act, the way we are, technology has infiltrated our lives in every possible way.  From basic to splendid, we have come a long way inefficiency. We have almost conquered the undoable, and we’re now looking forward to doing the unthinkable.

Nepal, as a developing country has grown to become a massive hub of Information Technology. At this pace, it wouldn’t be silly to assume that there’s no stopping to this market. In fact, it is on a seemingly endless rise. There is a cut-throat competition between the Best IT colleges in Nepal, as well as  IT companies. It’s no wonder that thousands of students have gone into an IT enrollment spree. There is already an existing crowd of great minds with impressive tech-related degrees on hand. Who takes the brunt of this? All the IT engineers, a show of hands, please. It becomes a chain of chaotic supply-demand between Engineers and Opportunities. Striking a balance between qualification and satisfaction becomes a Herculean task, and even more so when pay is involved.

Worried?  We’ve done the research, don’t worry. Here is a list of the highest paying IT Jobs in Nepal. So sit back, relax, and take notes if you have to!

Overall, the opportunities in Nepal are huge and definitely increasing. Highest Paying IT Jobs in Nepal is based on the field with tremendous potential, but there are a lot of factors that come into play when we talk about “Good Jobs”. No matter where you go, the assets that stand out are your skills and hard work. Attend seminars, workshops, courses; there are brilliant resources in today’s world. There also are great IT colleges in Nepal which offer you almost everything you need, one of them is IIMS.  If you put your mind and time, even a small idea can become a huge victory. Listen to your heart, combine the knowledge your brain has stored for you, and put it in an extra lot of effort – you will do wonders!

Wishing you all the best for your future.

Bachelor of IT in Nepal

Bachelors in Hospitality Management in Nepal

Current Scenario of BBA in Nepal